Why I (Mostly) Cut Out Alcohol as a Social Drinker 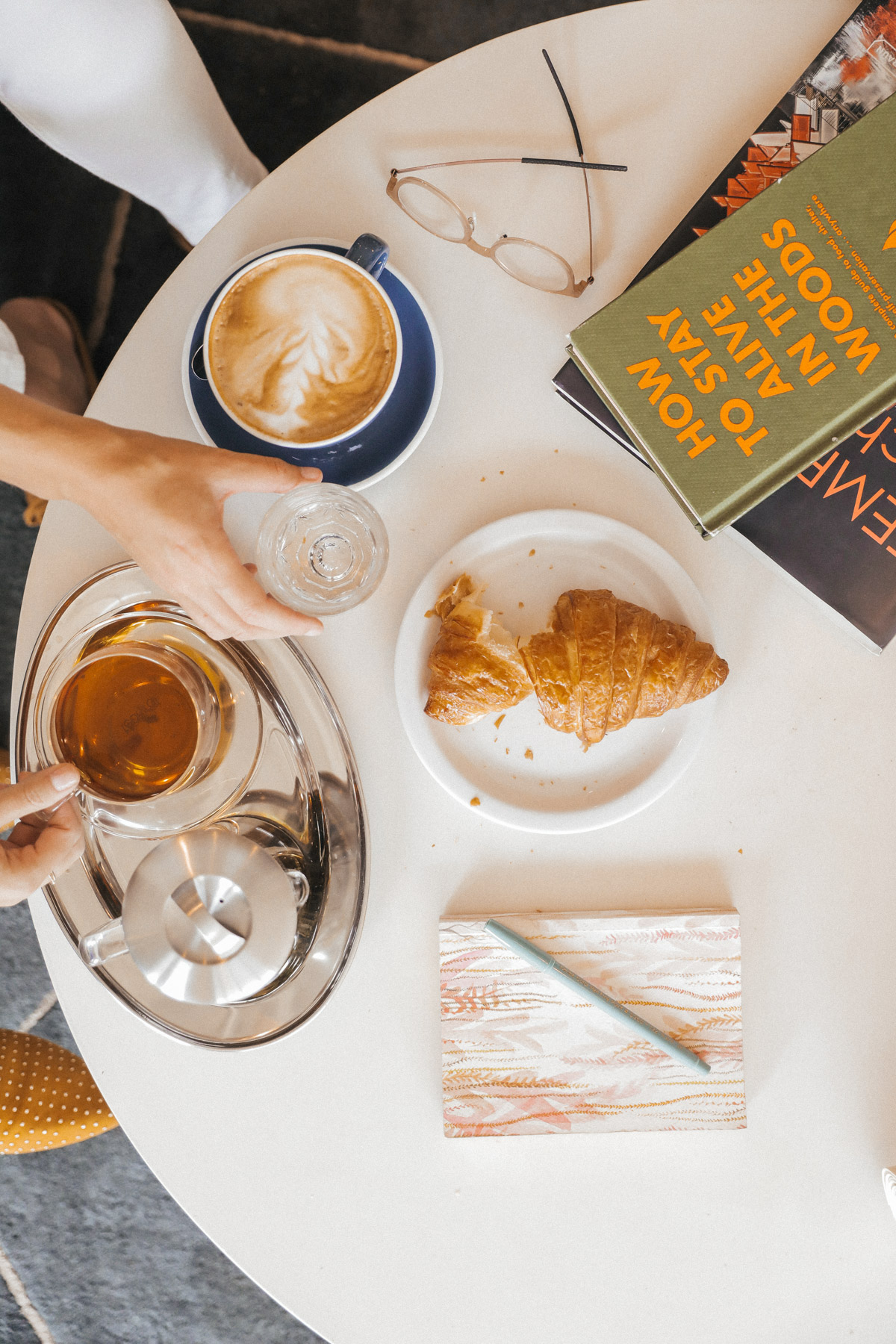 Often, when we think about people who cut out alcohol, we think of those who don’t know when to stop. Those who finish off a bottle of wine on a Tuesday night. Those who we’d classify as problem drinkers.

That’s not me. Sure, I’ve nursed a hangover or two in my day. And I look back fondly on my twenties when every Thursday, Friday, and Saturday night meant rounds of shots and staying out until last call. But, for the most part, my drinking has been confined to weekend nights with friends and Saturday vineyard tours on particularly nice days.

Why I (Mostly) Cut Out Alcohol as a Social Drinker

So, why did I decide to (mostly) cut out alcohol as an exclusively social drinker? Let’s start with a caveat: I’m not the only one. According to sources, including The Atlantic, more millennials are giving up booze or exploring what it means to be sober in social settings. I live in DC where “bars” that specialize in non-alcoholic cocktails or low-ABV beers are popping up in every neighborhood.

I’m not saying that alcohol is a bad thing or that it’s going to be yet another casualty of our generation, quickly going the way of paper napkins, fabric softener, and chain restaurants. Don’t get me wrong, I appreciate a well-aged California Pinot or a Blue Ridge IPA on occasion. However, as I grew into my thirties, I’ve found that my positive feelings on alcohol aren’t strong enough to outweigh what I’ve now seen as increasingly negative effects.

Those Hangovers in Your Thirties…

Hangovers in your twenties: go to a spin class, have a mimosa at brunch, you’re good to go. Hangovers in your thirties: yeah, we’ll see you in 4 days. The full-body exhaustion, headaches, anxiety – who has time for that when we’re focused on side hustles, workout classes, and reading our 52-in-52?!

Stuffy Nose. Flushing. Could I be Alcohol Intolerant?

Beyond the next-day hangover, in my thirties, I started to develop other, more immediate, symptoms each time I drank. It started off as a stuffy nose each time I indulged in a glass of red wine (or three), then it was flushing if I sipped on a bourbon neat.

What began as a mild annoyance was eventually enough for me to have to call it a night each time it happened.

A Google search revealed that these were symptoms of alcohol intolerance, something that researchers believe afflicts up to 25% of the population. And, no surprise here, drinking isn’t fun if you’re reaching for tissues as soon as you take a sip.

I Can Still Have Fun Without a Drink in Hand

There’s no doubt about it that a little liquid courage is sometimes what we need to push us up on the karaoke stage or take the edge off at a wedding where we’re without a plus one. But, in 99% of the situations I find myself in, I’m going to have just as much fun with or without a drink.

Book club is still a group of women chatting. Dinner with my husband is still a fantastic reason to get dressed up and go out. A baseball game hot dog tastes just as delicious without the beer. Alcohol is an accessory that we don’t need in order to have good conversations with good company. Plus, I like to think that I’m even more clever and charming when I’m functioning at 100%!

And, Yes, I’m Willing to Own My Own Vanity

Lastly, yes, I will acknowledge that one of my reasons for cutting out alcohol was purely for vanity. Alcohol dehydrates us. I spend so much time and money on products to hydrate my skin and oils to seal moisture in, why would I counteract that by drinking?!

So, How Do I Handle a Social Life Without a Social Drink?

Yes, people will ask you why you’re not drinking – and, if you’re married, get ready to ignore lots of questions and side-eye “mmhmms” from those who assume you must be pregnant.

But, I simply answer with an easy, “I don’t like how I feel after a few drinks anymore,” and that typically launches into a conversation lamenting the effects of drinking in our thirties. Do I still like to have a drink in my hand? Sure! And, that drink is usually water because, yes, I’m always trying to hydrate (back to vanity’s sake, right?!)

Bonus: Dinners and date nights out are a heck of a lot cheaper when $15 cocktails aren’t driving up your tab. 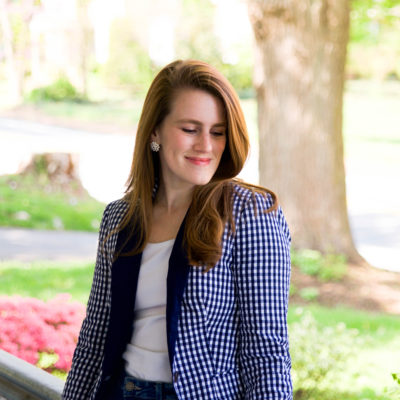 A Richmond, Virginia native, I now reside in the Capitol Hill neighborhood of Washington, DC. When I'm not blogging over at www.heatherbien.com about all things travel, lifestyle, wedding, and home or working my day job as a content director and copywriter for a creative agency, you'll most likely find me planning my next weekend getaway with my husband, hitting a yoga class, or improvising a new recipe.

Deciding Whether or Not to Have Kids in your 30s 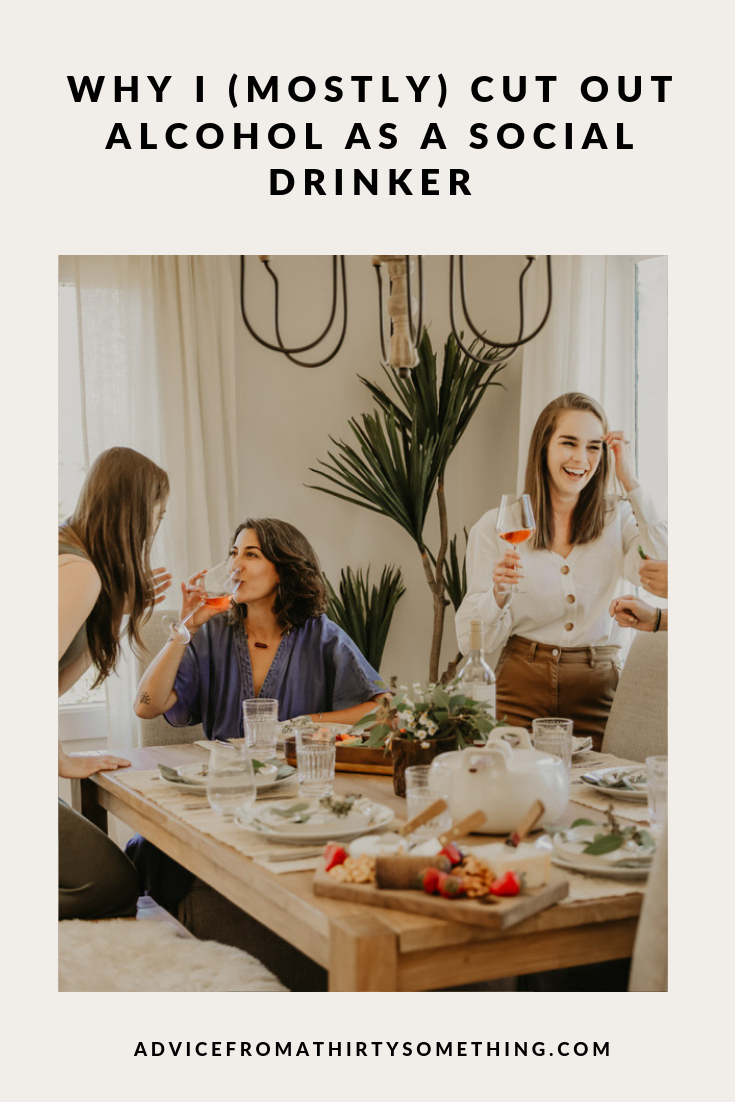 5 Things to Help You Unplug and Actually Enjoy Vacation

5 Signs It’s Time to Break Up with Your Doctor