When I think back to getting married earlier this year and all the decisions that came with planning a wedding, it wasn’t the venue or the dress or really any of the details. It was the fact that I waited until I was in my thirties (well and picking the right partner, of course). Here’s why!

It was less stressful

One of the best things about turning 30, at least for me, has been the sense of confidence. I’ve learned what I like, what I don’t, what’s important to me, and how to make a decision. I also learned not to sweat the small things, which was a major lesson of my twenties. So when it came down to the million decisions that come with a wedding, I felt on top of it.

My group of friends was smaller

In college and after, I was the girl with a million friends. I don’t mean that in a bragging way – I mean that, unlike most humans, I never said no to invites and wore myself down trying to keep up with everyone. I’m just very social that way! Or was. Obviously over the years, people kind of drift off and the partying days of college fade. With that comes seeing people less often and a smaller, closer knit group of friends. This obviously made the guest list a lot easier – and I know I’ll be friends with everyone at my wedding for life. 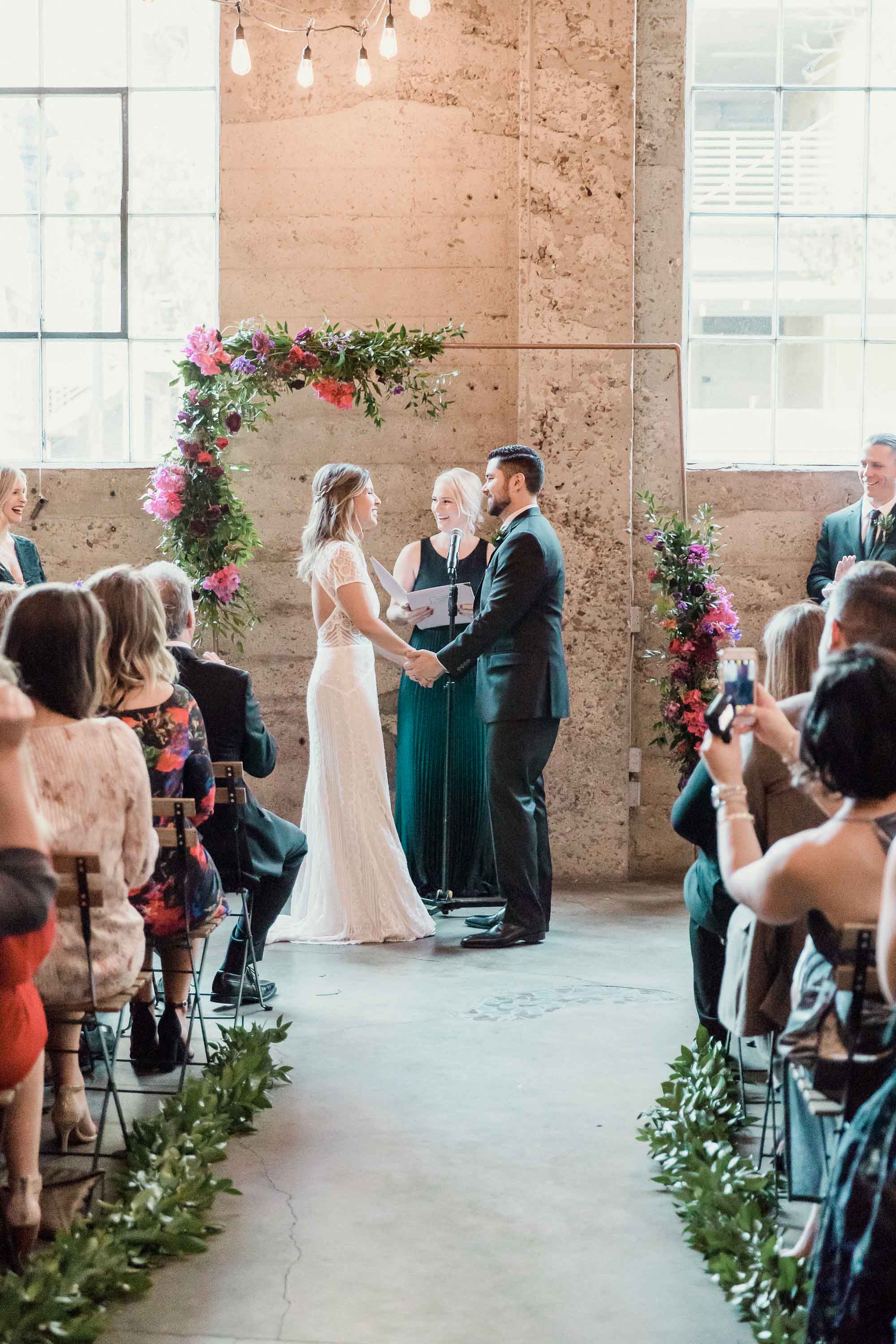 We got to live together

This is up to debate for each couple, which is cool, but I always knew I wanted to live with someone before getting married. I also wanted plenty of time to live with friends and feel 100% ready to move on from that life before shacking up. And I got to do both by waiting to move in together – and then get married – until I was ready to graduate from living with my girls.

We knew who we were – and who each other were

We all know that your 20s are about growing, experimenting, and evolving – and I definitely did all of that. I’m very different than I was at age 25 or even 28, and my husband is too. Maybe some people don’t change as much as we did, but I loved feeling secure in ourselves AND the relationship. I knew myself and who I wanted to be. He knew himself and who he wanted to be. And we both knew each other really, really well.

I followed my gut

Even with society (and my mom’s) pressure, I stuck with my gut on getting married in my 30s. It was crazy hard at times, and I definitely questioned if I should settle earlier in my 20s, but I’m so thankful that I waited until I felt ready – no matter the year on my birth certificate. Age is literally a number, and in my opinion, not something to base your life off of. You gotta do you!

Did you consciously wait to get married until your 30s? What did you like about it if so?

I grew up in San Diego and have spent my adult life living in the beautiful San Francisco Bay Area (though my heart is still with SD sports teams). Most of my days are spent working with clients via becker editorial, but on top of that, I'm just trying to survive life as a new mama and sneak in wine nights with my husband or girlfriends!

4 Tips for Planning Your First Getaway with a New Partner

Tips for Organizing Your Closet in 60 Minutes

How to Motivate Yourself to Work Out in Your 30s